Pokémon Super Mystery Dungeon is a roguelike video game in the Pokémon Mystery Dungeon series developed by Spike Chunsoft, published by The Pokémon Company and distributed by Nintendo for the Nintendo 3DS handheld game console. Like its predecessors, players control a human who has awoken as a Pokémon in a world filled entirely by Pokémon, and must travel through dungeons completing missions and battling enemies. The game was released in Japan on September 17, 2015, in North America on November 20, 2015, in Europe on February 19, 2016, and in Australia on February 20, 2016. 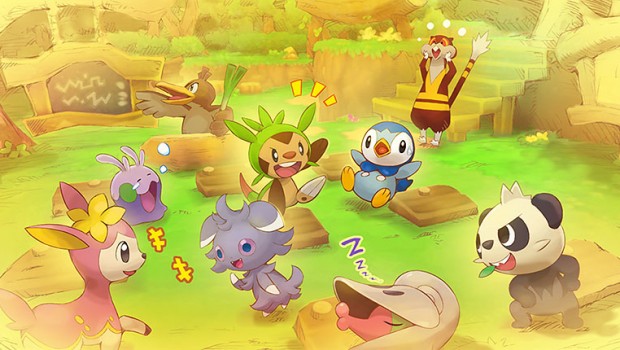 Like its predecessor, Super Mystery Dungeon is a dungeon-crawling rogue-like role-playing game featuring 3D characters and environments. Players assume the role of one of 20 Pokémon (which include all 18 starting Pokémon from all six main series generations, along with Pikachu and Riolu), who are joined by a partner, also chosen out one of the same 20 Pokémon, who accompany them in their journey through procedurally-generated dungeons filled with enemies and traps as they help stop a major crisis and save the Pokémon world. The game features all 720 released Pokémon at the time of release.